Cardinal Stritch Athletic Department will be pre-selling tickets for the Boys Basketball game at Central Catholic on Saturday, February 15, 2020. Tickets will be on sale in the Cardinal Stritch Main Office from Wednesday, Feb. 12th - Friday, Feb. 14th from 9:00am until 3:00pm. Pre-sale tickets for the Central game will also be sold at the Boys Home game on Friday night, February 14th. Please purchase these pre-sale tickets at Stritch! All profits gained from the pre-sale tickets being sold at Stritch will go to the Cardinal Stritch Athletic Department. Ticket prices are $7 for Adults and $5 for both Students & Seniors. 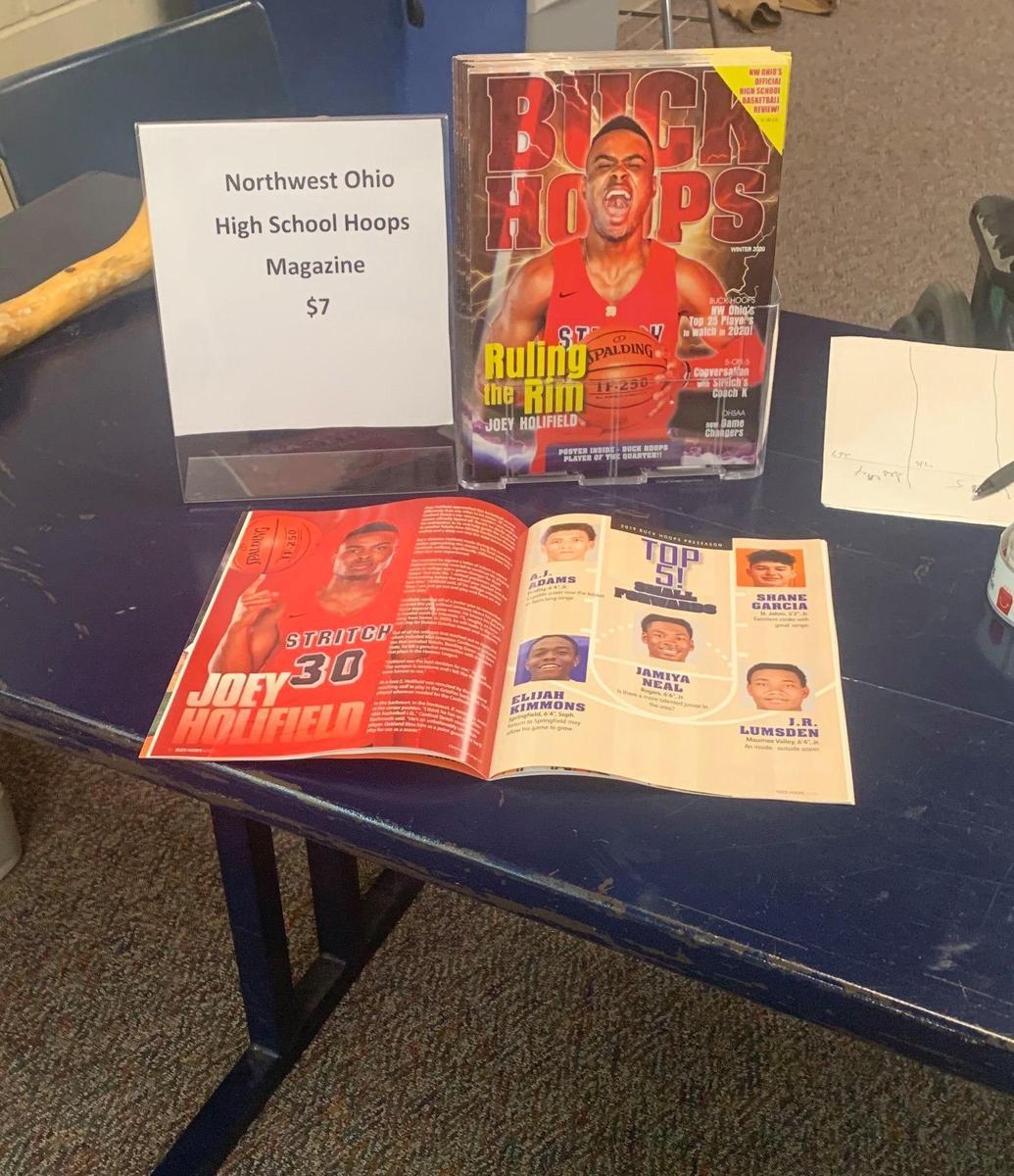 TOLEDO, Ohio (WTVG) - Those behind Buck Hoop Preps hope it inspires the next generation of basketball players.

"He is probably one of the better players in the area. He is committed to his craft and I really like the way he plays the game and he's going to Oakland University," Hopson said.

Inside this issue you will find Toledo's top five players based on their positions on the court, along with a look at the best games on the prep schedule.

We look forward to welcoming Coach Gene Rucker and his family into our Cardinal Stritch Family.

Although Joey Holifield's mom would like him to branch out and enjoy some things, the Cardinal Stritch senior has a passion for the game and prefers to spend much of his free time in the gym.

That passion has helped Holifield become one of the top high school players in northwest Ohio in the Class of 2020, and to earn a scholarship to NCAA Division I Oakland University near Detroit.

The 6-foot-2 guard is in his fourth year as a starter for coach Jamie Kachmarik's Cardinals, and has been at the forefront of the best era of boys basketball in Stritch history.

“Basketball is everything to me,” Holifield said. “Ever since the first time I got to play I fell in love with it. My dad played, my uncle played, it’s been in my family.”

The elder Joey Holifield, and his brother, Chris Holifield, each starred at Rossford High School.

“This is what I love to do,” the younger Joey said. “I wake up, and all I think about is basketball. My mom [Stacy] yells at me sometimes about doing other things, because all I think of is basketball. She just wants me to go hang out and enjoy my life, but I’d rather be in a gym doing something with basketball.”

With his 22 points and eight rebounds in last Saturday's 82-48 victory over Bedford, Holifield reached one statistical milestone and climbed closer to the top of the program’s career scoring list.

Entering Tuesday’s game against Northwood, he had 506 career rebounds, and with 1,389 points was six short of passing former teammate Jordan Burton (1,394 points from 2015 to 2019) as No. 2 on the Cardinals' all-time scoring list.

“The big thing with Joey is his skill level,” Kachmarik said. “He’s got a high basketball IQ, and he’s put the time in — during the summer, and in the off seasons — ever since he came here.

“He’s always hung out with the older guys. When he was in eighth grade, Jordan Burton and Little Anderson were freshmen, and he was always around them, working on ball-handling, and playing them one-on-one. His skill level has come from the extra practice he’s put in beyond our practice time.”

Austin Adams’ record of 1,699 career points from 2011 to 2015 may be difficult to reach, but is not beyond Holifield's range, depending on his physical health and the length of Stritch’s Division III tournament run.

That Holifield even has a shot at that scoring record is a tribute to his offensive efficiency more than a hunger for stats. Kachmarik calls Holifield an unselfish player (254 career assists), and regards him as one of the area's top defensive players.

“Joey’s best attribute is that he treats every practice just like it’s a game,” Kachmarik said. “He goes hard very day at practice. He became a role model that younger players have seen, and it just takes our practices up a level every time he steps on the court.

To Holifield, winning is the only statistic that truly counts.

“I love passing the ball,” Holifield said. “I don’t always have to score. I love to see other people doing well.

“Last year coach told me I had to guard every team’s best player, and I just made sure I did my job as hard as I could to make sure they didn’t score, and we would win.”

Stritch is 76-14 overall during Holifield’s career with two league championships, two district titles, and one coveted trip to the state tournament in Columbus.

Last season, Stritch repeated its TAAC title (9-1 record) and continued its climb as a program, ending 24-4 overall after advancing to the school's first state basketball final four. The Cards lost 58-53 in the D-III semifinals to Cleveland Heights Lutheran East at Value City Arena. Holifield, who was named first team All-TAAC for third time, led Stritch in the state semifinal loss with game highs of 22 points and nine rebounds before fouling out with 24 seconds remaining.

“The most memorable moment was making it down to state with my team,” Holifield said. “We worked hard all year long, and we worked together, and we achieved something we all wanted since we came to Stritch.”

With junior guard Jhaiden Wilson the only other returning starter, Holifield has worked even harder than ever to elevated his game and fill the graduation void.

“My goals for this season are to take my team as far as I can,” Holifield said, “win my coaches another league title and district, and hopefully get them down to state one more time.”

Holifield, who also carries a 3.5 grade-point average at Stritch, has been selected by the Ohio High School Basketball Coaches Association to play in the 2020 Ohio-Kentucky all-star game in April. And then he will prepare for the start of his college career.