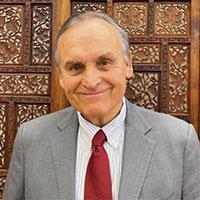 Stan Korducki (Chair) is the proud parent of two Cardinal Stritch Catholic High School & Academy graduates, Nicholas '16 and Mary '18. Mr. Korducki is a resident of Bowling Green Ohio and has served as the President and Chief Executive Officer for Wood County Hospital since 2001. As a past Chairman of the Ohio Hospital Association, Mr. Korducki holds a Bachelor of Science degree in Business Administration from Marquette University; and a Master’s in Health Administration from The Ohio State University. Mr. Korducki has served on the Cardinal Stritch Board of Directors since 2015. 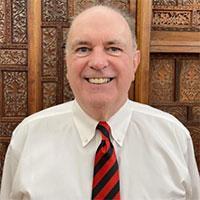 Bill Berry (President/Head of School) is a proud product of Cambuslang, Scotland where he attended Catholic schools from K-12. Mr. Berry is an honors graduate from the University of Strathclyde, Glasgow where he played rugby. Before he immigrated to the United States in 1994, he held several senior executive positions across Europe. Mr. Berry has made a distinguished name for himself as a President/Chairman of the Board for a large automotive components company, served as Principal of Consulting, Chair of Score of NW Ohio Business Mentoring / Education Group, former Board Member of NAMI, and Memory Lane Care Services Board Member. Presently, Mr. Berry sits on the advisory board for Owens Community College Department of Business Studies. Cardinal Stritch is blessed to have him as our President/Head of School since July 2019. 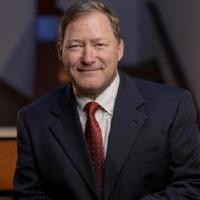 Tim Croak '78 is an alumnus of Cardinal Stritch and was in the class of '78. Mr. Croak then went to the University of Toledo and graduated in 1982 with a bachelor's degree in History. Mr. Croak then obtained two graduate degrees from The American College. After education Mr. Croak started his career at Savage and Associates where he became a partner at the age of 29. He left Savage and Associates to become the President of New England Financial. After working there for a number of years he started his own financial services firm Creative Financial Partners in 2005, and finally Croak Asset Management in 2018. Mr. Croak has served on various other boards including Mercy College of Ohio, Family Services of NW Ohio, The Red Cross, and he is currently the Chairman of the Board at Unison Health. 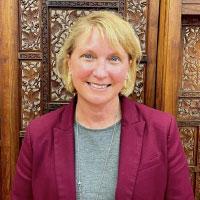 Kris Kegerreis has been in the banking industry for 30+ years and is currently a Vice President and Treasury Management Professional at Signature Bank, N.A. in Toledo, Ohio. She is a lifelong Toledo resident and attended both grade school and high school at Catholic schools in the Toledo Diocese as well as the University of Toledo. She has previously served as a board member for different organizations including the YWCA of Greater Toledo Board, March of Dimes and Cardinal Stritch Catholic High School & Academy. Kris lives with her husband of 26 years and their 13-year-old son. 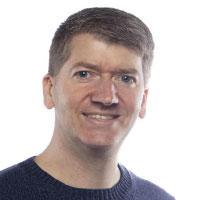 Dr. Jacob Maciejewski has been a devoted husband to his wife, Cherilyn Shurtz, for the last 12 years after they met while completing their Pediatric Residencies at the University of Toledo. Dr. Maciejewski is the proud father to his son Calum who is a current second grader at Cardinal Stritch Catholic High School and Academy. Dr. Maciejewski is currently employed as a Pediatrician for ProMedica Physicians Group at Oregon Pediatrics located at Bay Park Hospital and has served as a member of the Board since 2021. 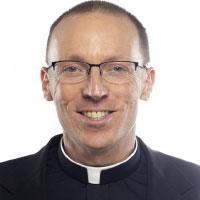 Father Eric Mueller is the current pastor of Epiphany of the Lord Parish. He is a graduate of Delphos St. John High School. After High School he attended the University of Findlay with a Bachelors in Environmental Management, and obtained a Masters in Chemical Engineering from the University of Toledo. Father Mueller then attended St. Meinrad Seminary where he obtained a Master's of Divinity. Father Mueller was ordained in the Toledo Diocese in 2009. He has served in multiple parishes throughout the Toledo Diocese, and has been involved with Norwalk Catholic School/St. Paul High School, Sandusky Central Catholic Schools, Bishop Hoffman Catholic School (Fremont), and Holy Cross Catholic School, Defiance. Father Mueller has been on the Cardinal Stritch Board of Directors since the fall of 2020. 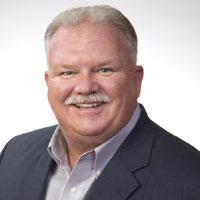 Ed Nagle III is a 1980 graduate of St Francis de Sales High School. After high school he attended the University of Toledo and obtained a Bachelors in Business/Finance in 1986. Mr. Nagle has worked in the transportation industry since 1978 and is extremely committed to his Catholic faith. Mr. Nagle is the President and CEO of Nagle Companies, a family owned temperature controlled transportation, logistics, equipment repair, warehousing, and distribution company. He has served as the past Chair of Toledo Trucking and Ohio Trucking Association. He is the current Officer for Truckload Carriers Association, Wood County Port Authority and is new to the Cardinal Stritch Board of Directors since January of 2022. 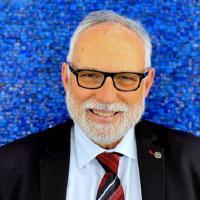 Mario Procaccini ‘75 attended the University of Toledo after graduating from Cardinal Stritch. He attained a Bachelor's Degree in Accounting and worked for 11 years for what is known today as Key Bank. Mr. Procaccini then went on to work for Picton Cavanaugh until moving to his current position with Hylant. Mr Procaccini is excited to be on the Board of Directors and says he is ready to give back to this school that gave him so much. 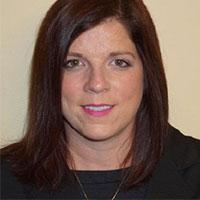 Dr. Julie Rutkowski graduated from fellow Diocesan school Tiffin Calvert in 2000. She then went on Ohio Northern University where she earned her doctorate in Pharmacy in 2006. Julie has been employed by Walgreens since 2002, and has evolved from a pharmacist to a district manager over the years. She is very passionate in people leadership and works hard to develop her team for success. Julie and her husband, Eric, are the proud parents of Haleigh, one of Cardinal Stritch’s academy students. In their free time, the Rutkowskis enjoy spending time with family and friends, including frequent visits to Florida where Eric’s family resides. Julie is looking forward to building relationships within the Cardinal Family and is committed to providing feedback and support in any way she can. 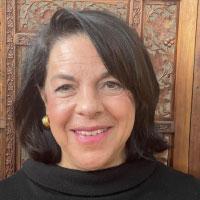 Cindy Skaff was a middle school teacher for over 30 years before becoming a school administrator. Presently, she is a school improvement consultant with the State Support Team, covering 13 counties in North Western Ohio. She graduated from the University of Toledo with a Bachelors of Education in Elementary Education and earned her Master's of Education in Educational Leadership from The American College of Education. Cindy, an active community volunteer and leader, is passionate about the spiritual, social, emotional and academic well-being of children and their families. She has been on the Cardinal Stritch Board of Directors since 2021. 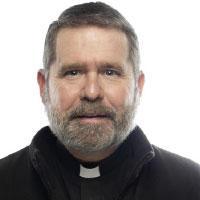 Father Keith Stripe grew up in Van Wert Ohio. Father Stripe attended his seminary studies at Saint Meinrad Seminary, where he earned a Master’s of Divinity and a Masters in Theology. Father Stripe then went on to be ordained in 1996 and has been a priest for 25 years. Father Stripe is currently the Pastor of St. Ignatius, Oregon and Our Lady of Mount Carmel in Martin, Ohio. 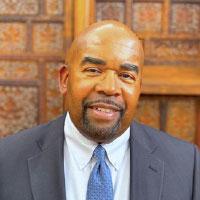 Oscar O. Webb Jr. was born in St Louis, Missouri. Oscar graduated from Devilbiss High School and attended the University of Toledo studying Engineering and Mathematical Statistics. There he became a member of the Pershing Rifles Military Fraternity. Oscar retired from Owens-Illinois Healthcare Packaging with 35yrs of service. In 2014, Oscar was recruited by Terumo Cardiovascular Systems of Ann Arbor, Michigan and held positions of Senior Design Quality Engineer and Senior Regulatory Specialist II. During this period, Oscar achieved a Bachelor of Applied Science from Siena Heights University and Master of Science in Regulatory Science from Northeastern University in Boston.
Oscar retired from Terumo CVS in 2022. Oscar’s two sons graduated from Cardinal Stritch, Weston ’03 and Brenton ‘08. Oscar is most proud of marrying his late wife, Cherlynn Toadvin Webb. Cherlynn was an executive with Harbor Capital Advisors prior to their re-location from Toledo, Ohio to Chicago, Illinois in 2008.  For eight seasons Cheryl’s voice was welcomed by coaches, faculty, players, and parents. Her voice was unique, distinctive, and clearly heard during CSHS basketball games. Cherlynn is sadly missed, but will never be forgotten. 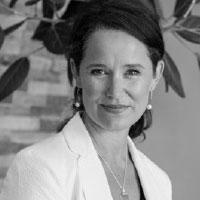 Rachel Wixey is a student, teacher, coach and group facilitator of meditation for wellness and profound self-care. She is also Founder and Director of Wixey Center for Wellness, and loves spending time in the Center and with schools and business organizations. Rachel holds a Bachelors in English/Writing from the University of Toledo and is a Member of the International Mindfulness Teachers Association. Mrs. Wixey actively serves as a Mentor with youth and adults as an active member of Women of Toledo, and serves on the Business Advisory Counsel for Anthony Wayne Local Schools. Rachel has been a member of the Board of Directors since June 2021. 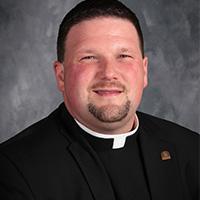 Father Scott Woods was ordained a priest of the Diocese of Toledo on May 30, 2015, at Our Lady, Queen of the Most Holy Rosary Cathedral. He currently serves as pastor of All Saints Parish in Rossford and Saint Jerome Parish in Walbridge. Prior to ordination, Father Scott attended the University of Toledo, from which he holds bachelor’s degrees in both education and history. He has also earned a Master of Arts in Pastoral Studies from Loyola University Chicago. He holds two graduate degrees from Saint Meinrad Seminary and School of Theology: a Master of Arts in Catholic Philosophical Studies and a Master of Divinity.
During his studies at Saint Meinrad, Father Scott drafted a thesis entitled A Conciliar Word: Ecclesial Renewal and the Place of Preaching, for which he was granted a Bachelor of Sacred Theology in Homiletics from the Pontifical Athenaeum of Saint Anselm in Rome. Beyond ministry, he enjoys visiting with family and friends, and visiting the Lake Erie Islands and Shores.